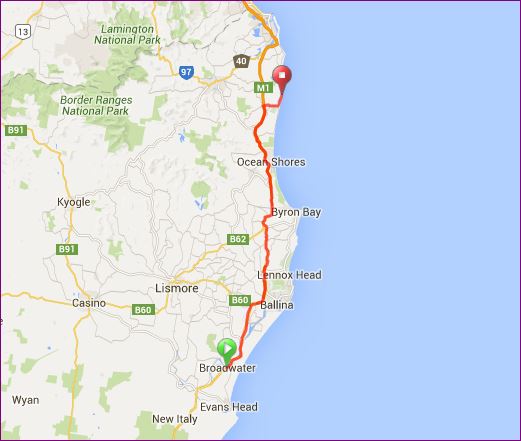 How the day went -

I’ve started to get that “nearly there” feeling – but have always been a little anxious about this day as well. The elevation graph shows a fantastic first 25 kms and then a lot of climbing - up to 200 metres. I also observed on the drive down a LOT of road-works through this area.

While road-works are a concern to us, they also bring lower speed limits for the traffic which helps!

I had double-checked the NSW roads page this morning to ensure cyclists were allowed through here, and it gave the all clear. I had noted some “Cyclists Exit Here” signs on the way down and hadn’t been sure what they meant.

The weather didn't seem to know whether to rain or not - which had us in two minds whether to put jackets on or not. As it was quite warm, we decided not to wear jackets and just get a little damp from the light showers that were going through. We went through the first 25 flat kms in good style. 10 kms from the start we crossed the Richmond River, just before Wardell. As we went on the Ballina by-pass I saw a small group of cyclists heading in the opposite direction to us. I wondered if it was Steve's nephew and his triathlon buddies out training - but as we neared - it was obvious they were not elite triathletes - more like an all male version of our Thursday Therapy riders - just out to enjoy a companionable outing on bikes!!

From 30 kms through to 50 kms, the climbing began. Yes it was tough, yes there were road-works, yes – in places there was no shoulder  - all required the need for great care!! Pushing up to the top of one of the hills I saw the “Cyclists Exit Here” sign and thought – oh dear - where is this going to take us!! Luckily it took us behind a concrete barrier through a particularly windy and narrow piece of road, so we were completely sheltered from all traffic – fabulous!!

A little further on - and another sign - no cyclists - exit here!! What???? It directed us into the lovely town of Bangalow. I stopped by a bank that was open and ducked inside to see if anyone could help. The lady said she had seen heaps of cyclist on the main road and just to go north through town and get back on the main road. This we did - no problems. Glimpsing back south as we re-joined the road, Annie observed a steep rock face cut and no shoulder to speak of, which was probably the reason why we were diverted through Bangalow.

After a couple of short down-hills and more up-hills, we finally reached the highest point of the day – and what amazing views. We could see for miles, despite it being a day of low cloud. Actually, I was thankful for the low cloud as I had got VERY hot pushing up the hills and if it had been a normal sunny November day – I would have certainly boiled!!!

The reward for so much climbing is usually a fantastic descent – but this one was anything but fantastic!! In fact  even though I generally enjoy whizzing down hills, this was certainly not for the feint-hearted. The traffic was busy, the road shoulder was narrow, and not at all smooth, the descent steep, and there had been some light rain which made it wet and dangerous on the white paint. I was on both brakes for almost the full distance. At one stage Annie called “hole” – and thank goodness she did as I only narrowly avoided a huge pothole that could have spelled disaster! Even Pat noticed it as she drove down. The rubbish on the road side was thick, sticks, stones, exploded truck tyre pieces and what looked like a couple of bin loads of – just rubbish!! Quite a nightmare to negotiate!! When I reached the bottom, my hands and arms were sore and tired from all the pressure required to brake, such was the steepness of the descent.

At a pull over bay halfway down the hill, we saw a Landrover and caravan receiving mechanical attention ……… it had left the same caravan park we had that morning, and I had smiled to myself as it had driven out 2 minutes ahead of us that morning and we had caught up! Later that day – they whizzed past us again – but this time, on the back of a large tow-truck / vehicle transporter. Disaster day for them!!

After a few more ups and downs, we were eventually back on to good highway and had our lovely wide concrete shoulders again to enjoy the end of the days ride. There are these cute little “tunnels” to go through – I think they are really over-bridges – but they look lovely the way they have been created.

We had decided at our previous stop that we would press on to the Pottsville / Hastings Point exit ramp and have lunch there as surely there would be a service centre. We saw a sign saying 10 kms to the exit and the thought of food and coffee spurred us on – but great disappointment – nothing there. Continuing on a couple of hundred metres made the disappointment evaporate as we discovered it was only 4 kms to Pottsville and 7 to Hastings Point so that information more than compensated for our initial disappointment!!

Beautiful cane fields through this area, and the road was quiet, and then - I had that horrible feeling – my back tyre didn’t feel quite right – and sure enough – my first flat of the journey!!!! SOS to the Jucy rescue van to return, and luckily a nice big gateway area was nearby – the tube was replaced. Checking the tyre I discovered a very fine piece of wire had worked its way through to cause the damage. I suspect it could have come from one of the billions of truck tyre pieces that we had needed to dodge along the shoulders the entire journey so far.

Off again – a couple of short steep climbs and we were in cute little Pottsville. A most welcome sight was the Pottsville Bakery – so a stop was made and late lunch had!!  Ahhhhhh – wonderful to be refueled – and particularly good that only about 4 kms to ride after this stop!! We pressed on to Hastings Point, and were thrilled to find the Hastings Point Holiday Camp right on the beach. This council owned camp had donated us a “Surfari” tent for the night. I’d never been in one before but what a fabulous place!! All the bells and whistles, immaculately clean and in a fab location.

Pat went on a wee bit to shop for dinner supplies while we had the obligatory post ride hot shower and change. What delight when Pat returned with a bottle of Toi Toi Marlbrough Sauvignon Blanc that she had found in the local BWS shop. This is the way to end a days riding – listening to the roll of the surf with a beautiful glass of wine!!

We prepared our own meal in the tent that night, drank the wine, and marveled at the thought that we would say farewell to New South Wales and hello to Queensland tomorrow!!

The only thing that spoiled this day was news that due to hospitalization, our airbnb stay at Murrarie for 14th November was no longer available. Both Annie and my computers went “searching” in all directions – and if anyone else tried to get accommodation in Brisbane while the G20 summit was on – you will know what I mean. Either nothing was available – or the price was ridiculously high!! Panic started to set in, worst case scenario’s were thought of …… and then, I decided to approach Biking Buddy Steve McCombe – and ask for a HUGE favour. You will never know how relieved I was when you said we were welcome to stay. A real savior!!!!!!!!! Thanks Steve!! 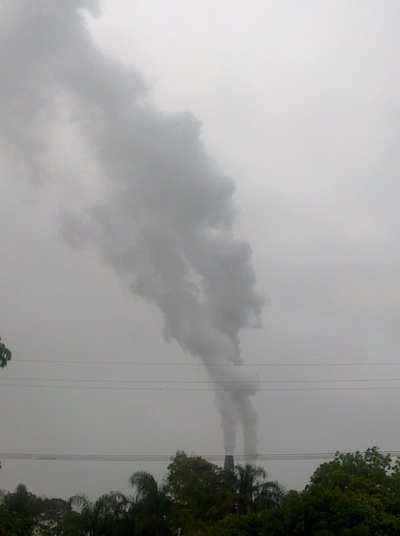 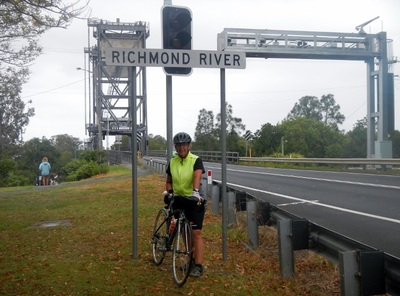 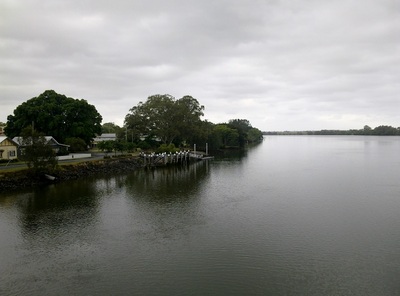 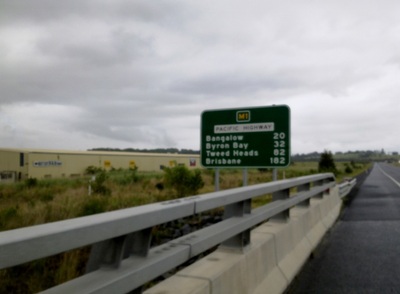 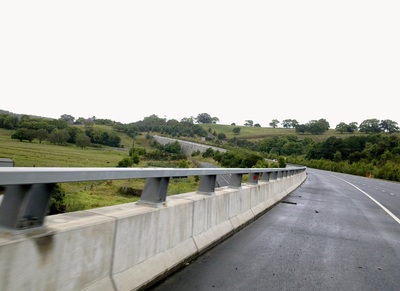 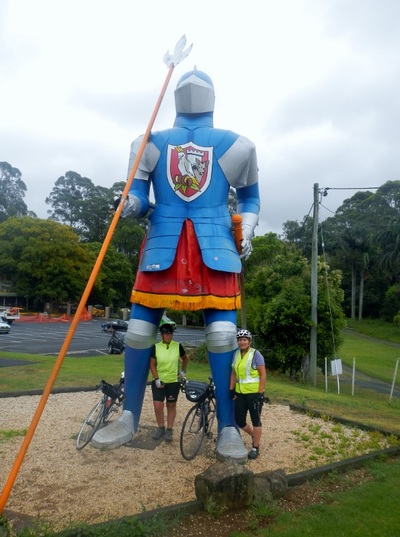 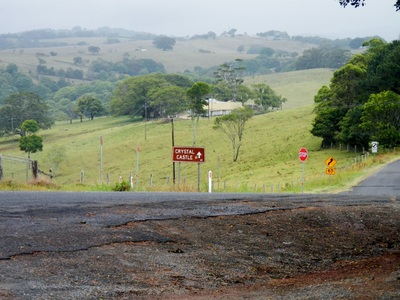 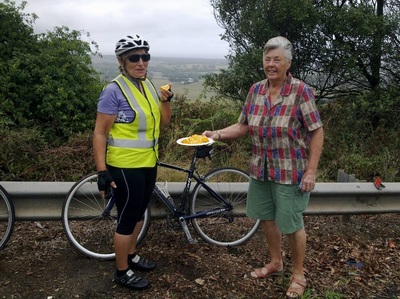 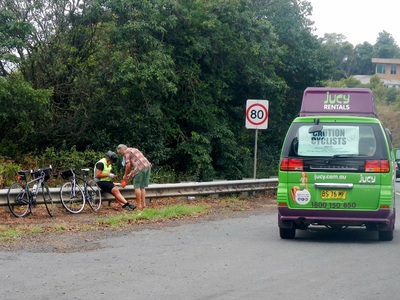 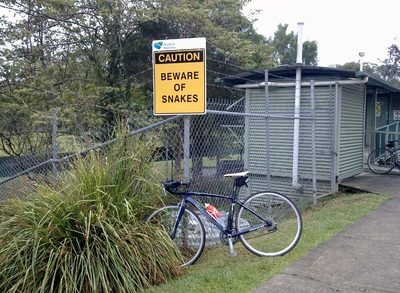 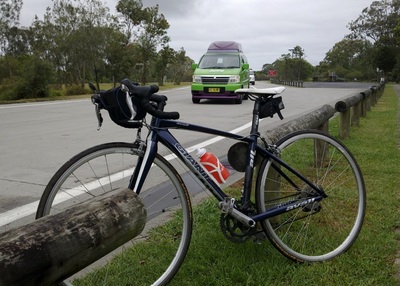 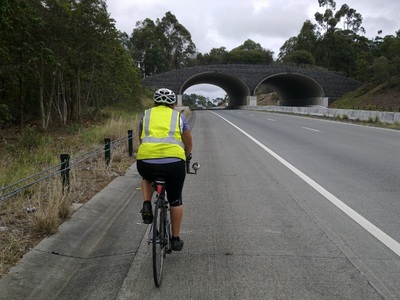 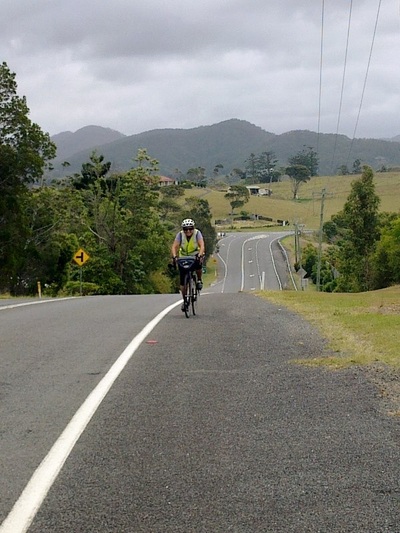 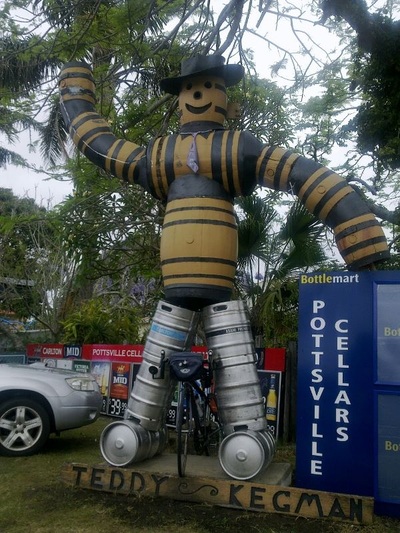 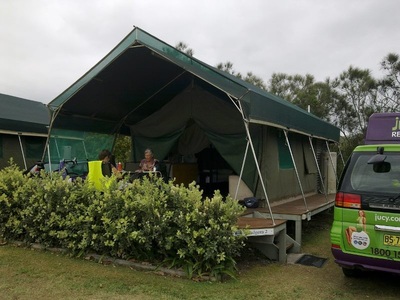 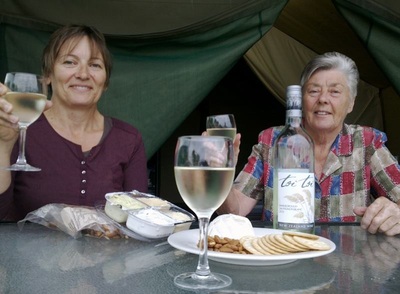 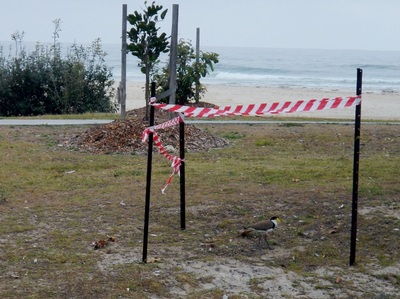 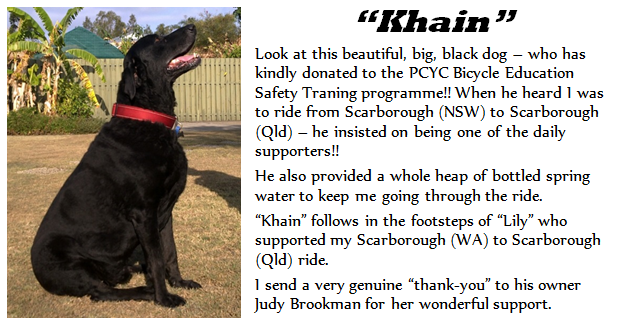 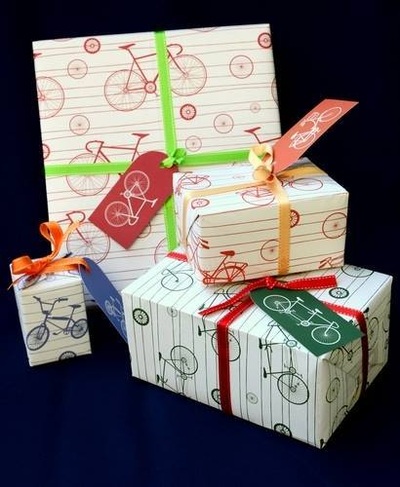 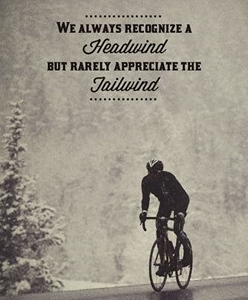