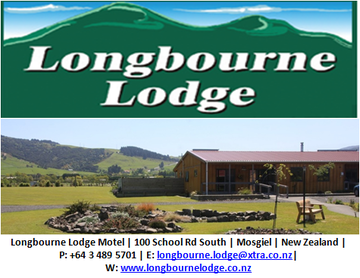 Getting to the "start line" is the result of a lot of hours of work. Of course we have been doing as much training as we can fit into our busy lives, but as well, there has been a lot of planning in settling on a daily schedule and the route to follow, countless emails, setting up of web and facebook pages, liaising with Zonta and the charity we are fund-raising for, seeking sponsors and support, and the list goes on.

Trips like this don't just happen - there is a lot of behind the scenes work that has to be done to make it happen!!

Hopefully the hours of planning will result in a relatively smooth adventure! It is impossible to plan for every situation - and I am sure we will have things crop up along the way to test our strength of character and our  flexibility to react to whatever situation may arise!

But my aims are:
- to cycle from Bluff to Cape Reinga!
- to raise funds for the New Zealand Gynaecological Cancer Foundation!
- to have fun!

The website basically has a page for each day - but here I have added "stuff" from the 30th and 31st October as these days were used to get us all to the start line!
30th October 2012:

Don, Annie, Pat and I headed to Brisbane International Airport bright and early, with bikes all safely packed - to board a Virgin Australia flight direct from Brisbane to Dunedin. With the flight time and the time differences - despite leaving at 9:00 am we didn't arrive in Dunedin until 4:00 pm.

Our good friend John Brookman picked us up on the agreed time, and with bike and luggage loaded into his ute - we got to Brisbane Airport in good time, checked in and proceeded to the departure lounge. Right at that time, I got a text from Annie saying they to  had progressed through to the departure area.

Fantastic - we met up and had a coffee before boarding our flight. It was a wonderful flight, and I have never flown into Dunedin Airport before! I know Don thought we were going to land in a paddock as the airport is well south of the city and has no great buildings around it - but what really impressed me was flying over the Southern Alps. What a great sight that was - snow everywhere .................... I thought brrrrrrrrrrrrrrrrr - this is going to be colder than I imagined!!

Clearing customs wasn't too onerous although all our bike boxes were opened and tyres inspected for traces of dirt. Luckily, none was found and we were cleared to go!! Our good friends at Jucy already had the paperwork ready, and in no time we crossed to their yard and were introduced to our Jucy Lucy which was to become Pat's "office" and our support vehicle and protector for the next 3 weeks. A bit of a juggling act followed, and we got 4 people, 3 bikes and all our luggage in before cruising to our first stay at Longbourne Lodge, Mosgiel. We also checked with local police that the signage I had made for the van warning other road users that there were "Cyclists Ahead" didn't breach any regulations. We were given the all clear!!

Longbourne Lodge was an ideal stop - we hadn't had to travel right into Dunedin, we had a full carport in which we were able to unpack our bikes and put them together and it was in a wonderful peaceful rural area. Always an anxious time unpacking bikes as we hoped that nothing had been damaged in flight!! As it turned out - Don's rear-vision mirror seemed to be the only casualty.

I had used Longbourne Lodge as our  "collection point" and they had received supplies for us preceding our arrival - it was lovely to take delivery of our first box of Toi Toi Sauvignon Blanc - and of course, we had to share one that night - the adventure was just beginning!!

We spent a bit of time assembling our bikes, and then dashed downtown Mosgiel to pick up some grocery supplies for breakfasts and something for dinner. I had a degree of nerves that day hoping that all the plans would fall into place - and was very relieved that they had done so. Daylight saving is in force in New Zealand and the more south one goes, the longer the daylight hours. We were stunned to find we were still working on our bikes, outside, in daylight at 8:30 pm!!

I must confess to being a bit unnerved when our hosts at Longbourne Lodge said - "We've been looking at your itinerary and you have a very tough last few days" - it just seemed strange that here we were way down South, not even started riding yet - and we were hearing comments on the North!! My puzzled look received a reply that the owners, Sandy and Peter, were originally from the North and had moved South "for a better lifestyle"!

Thanks for being our messengers Sandy and Peter, for providing us with a wonderful unit for the night, and also for forwarding on the parcel that arrived a day after we left!!! Appreciated your help immensely!!
1st October 2012

We awaken in New Zealand, and today is the day we must get everything in order so that we can set off at 8:00 am tomorrow on our bid to cycle the length of New Zealand - 2100 kms in 21 days!!

Don, Annie and I completed final adjustments to our bikes, and after chatting with Sandy and Peter, it was decided that we would, and could leave the three bikes here while we went to the airport to collect our "kiwi" rider Margie who was flying in at 10:30 am, and then took her, Annie and Don to the bus terminal in Dunedin to catch the Inter-city bus from Dunedin to Invercargill.

Once they were aboard the bus, Pat and I would return to Longbourne Lodge, pick up the bikes and drive the 250-odd km trip to Bluff.

Margie's plane was a bit late, but once her and her bike were aboard Jucy Lucy we headed into Dunedin City and found the bus terminal. This done - it was lunchtime, so we dined and  got to know each other a bit better.

Pat and I left the other 3 at the bus station, and returned to Longbourne Lodge to pick up the bikes - who took their place in the back of Jucy Lucy - just like passengers. It was an interesting drive down to Bluff. We stopped off at Clinton and introduced ourselves, as this was to be our first stop - the next night! We also drove through "the Old Coach Road" and whilst thinking it was pretty hilly, decided to make the call on the exact route tomorrow, once we had reached Mataura.

We got to The Oystercatchers Cottage around 5:30 pm - and what a dear little cottage this is. It;s door handles in particular were cute as they were all pieces of driftwood. There were many other quaint and quirky things about this place which all added to a neat atmosphere, and a comfy wee place to head off from tomorrow.

Meanwhile, Margie, Annie and Don enjoyed the bus trip down and drivers scaring them of the hills and roads they were to travel on! The "Spot" device was to catch up with us in Invercargill, and the person who delivered this to the team decided to run the bus passengers down to Bluff thus saving us the need to unpack all the gear and head back up where we had just come from. That was great!

Eventually we were all in residence, and while Margie put her bike together, we fine tuned ours, and felt good that everything was set for the morning. We then decided to go out to dinner - but guess what - it was a few minutes after 8:00 pm by now, and nowhere was open for a meal in Bluff!! Tried the hotel - kitchen closed - tried the takeaway shop - closed - so our "launch" dinner consisted of pies from the local corner store - the only place that was open!! Oh well - what is, just is, can't cry about it!!!

PICTURES OF THE DAY