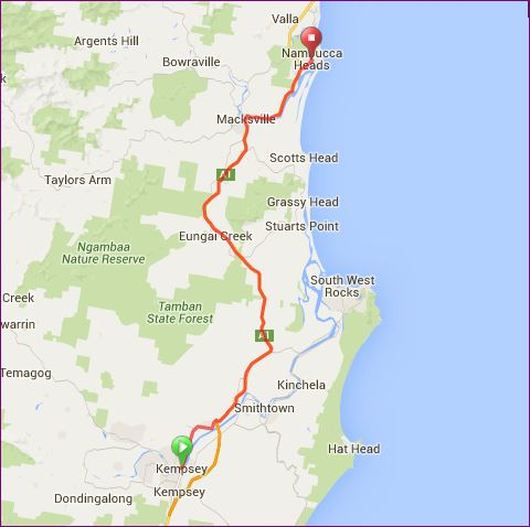 Seventh day in a row on the bike!!

After getting through the previous days 115 kms in good time we opted to start later – so the morning seemed much more leisurely!! Nonetheless, we were on the road shortly after 8:00 am and heading back out to the highway. As we crossed the rail bridge a train was departing Kempsey – a check on the net shows it would have been the Grafton to Sydney daily service at 8:05.


We crossed another large NSW river - the Macleay River on our way out of the town. There was an undulating 6 km stretch of road before we rode up and over an over-bridge. Looking to the north we could see sheets of new concrete highway heading northwards – but it was not open as a road just yet!! Shame - as the "old highway" that we had to use has obviously been a bit neglected pending the opening of the new road. We really had to watch the edges – very bumpy and pot-holey, littered with rubbishy stuff and in places quite narrow.

There was a pretty frightening time when an escort vehicle sped past with a sign saying wide load following. Before I could yell to the others to pull over and stop, half a house on the back of a truck zoomed past giving us quite a blast of wind and seeming to be awfully close - much too close for comfort. We made a pact that the moment we see something like that we stop and get off immediately. Two more pieces of house came through and we were able to stop and be extra safe!!

Rest Areas seemed to occur at convenient distances for our refreshment stops, and again we came across a lot of road-works. It will obviously not be long before the stretch of road from Kempsey to Nambucca Heads will be an excellent 2 lane in each direction concrete highway – but at the moment – it is quite a mess! Again, through stretches of road-works controlled by "stop/go" people we were given high priority and safe passage through while cars and trucks were stopped.

We had planned for a stop in Macksville and did so on the southern bank of the Nambucca River. What a fabulous spot!! The river seemed very wide and full – which had me wondering – what happens when there has been a lot of rain – surely it floods!! A small selection of food outlets, but all selling great food enabled us to buy lunch and sit at a picnic table riverside to enjoy it.

We watched a train go over the distant rail bridge, and then it was time for us to cross the road bridge that fortunately had a walking/cycling path on the side we were travelling (all others up until here we had to go onto the other side of the road).

The road was OK for a short while but deteriorated and many times there was only a white line along the grass – so no verge at all – pretty scary!! Fortunately we didn’t strike too many big trucks at our time of travelling.

About 5 kms out from Nambucca Heads we were able to pick up a beaut wide cycle path – we dived onto it straight away and it was a great relief to ride along feeling safe!!

We had pedalled hard all morning, not taken too long at our rest stops, so arrived again in good time. Checked into our accommodation which was a very relaxing airbnb spot where we had the complete lower level of the house to spread out in which we all enjoyed.

Feeling so much better after a shower and change, Pat and I headed for a nosey around the Nambucca Heads shops before driving down to the beach, which Don and Annie had walked down to.

After looking at the beautiful views from the top of the cliffs and then from beach side, we went around to the estuary and after a walk along the fascinating seawall where there is a fabulous display of painted rocks – we joined Don and Annie at the V Wall Tavern where we enjoyed dinner and wine on the deck. We had wonderful views of where the Nambucca River met the sea!! 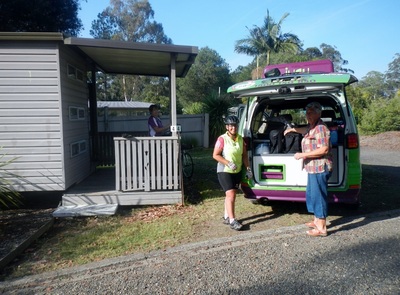 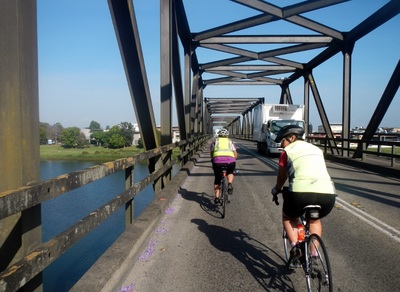 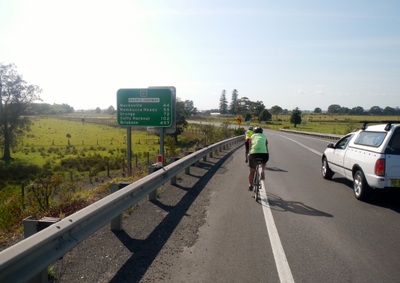 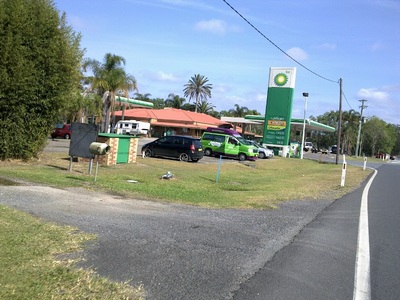 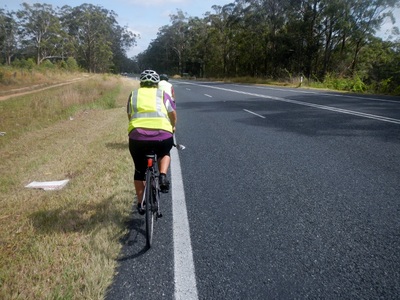 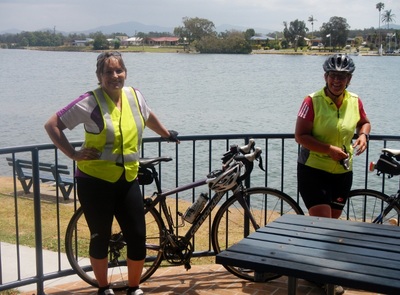 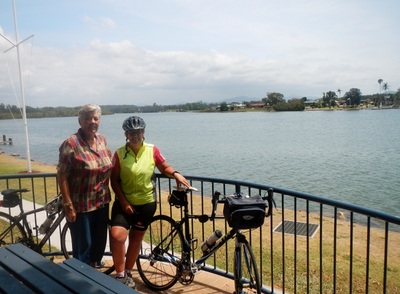 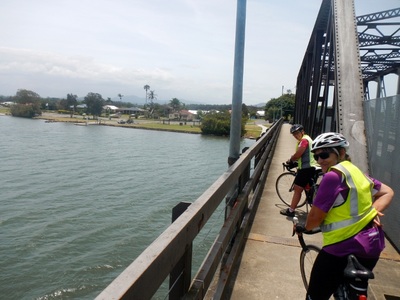 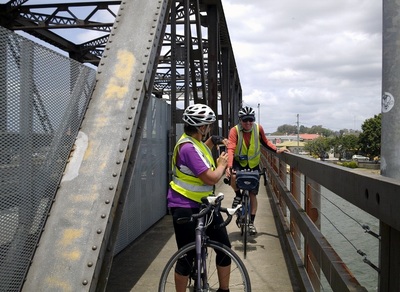 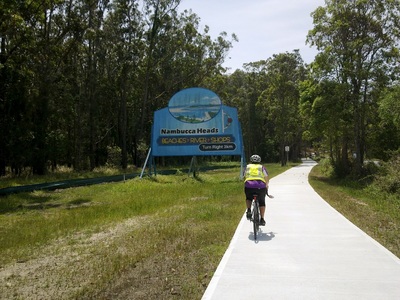 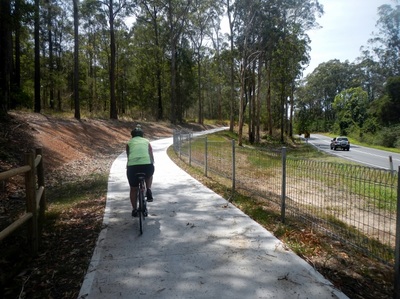 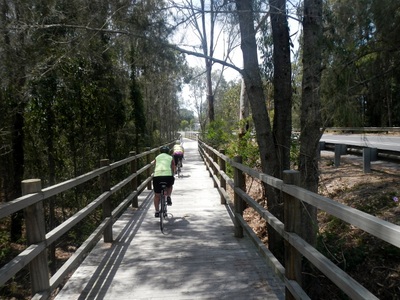 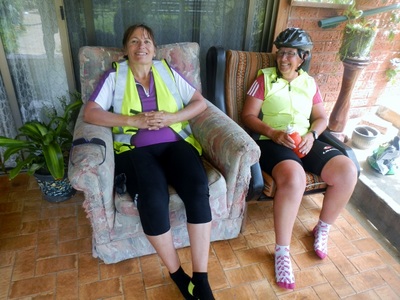 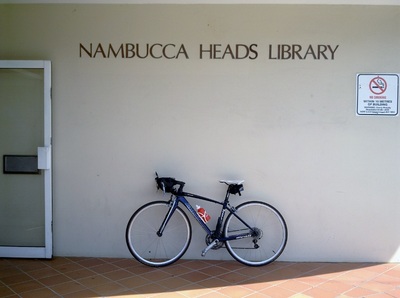 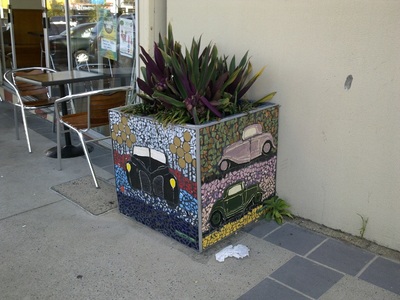 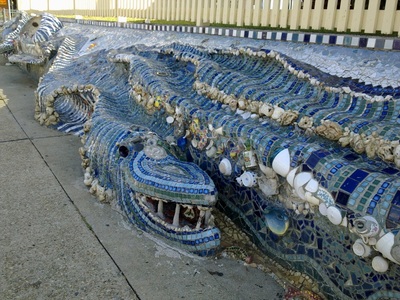 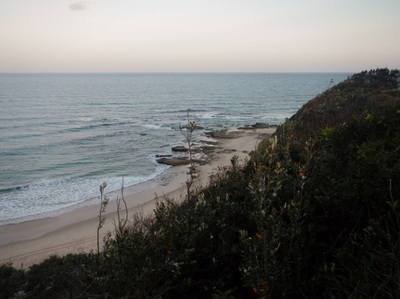 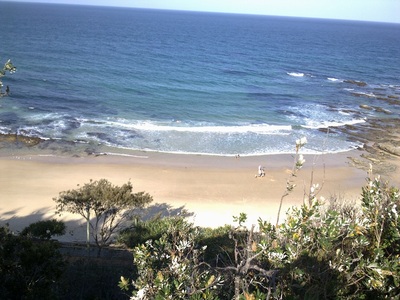 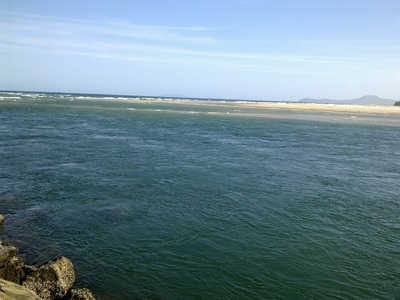 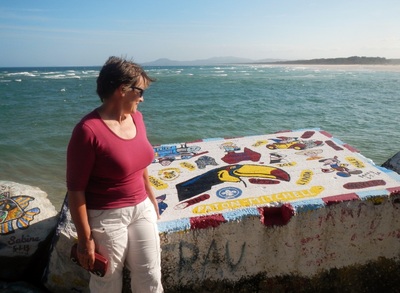 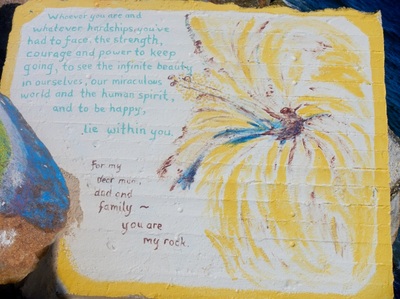 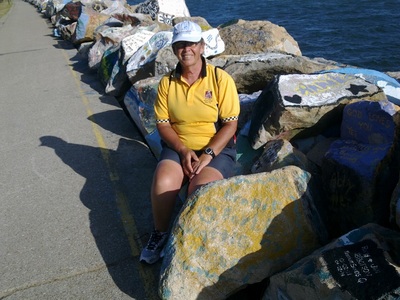 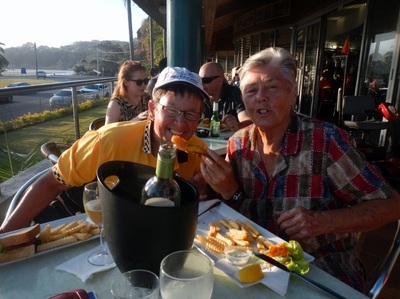 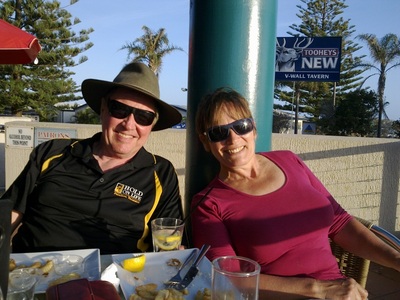 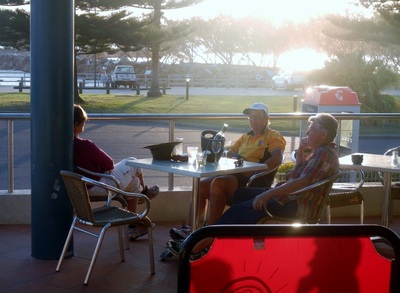 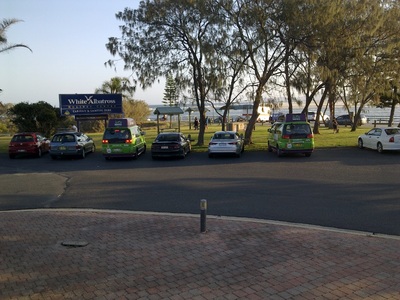 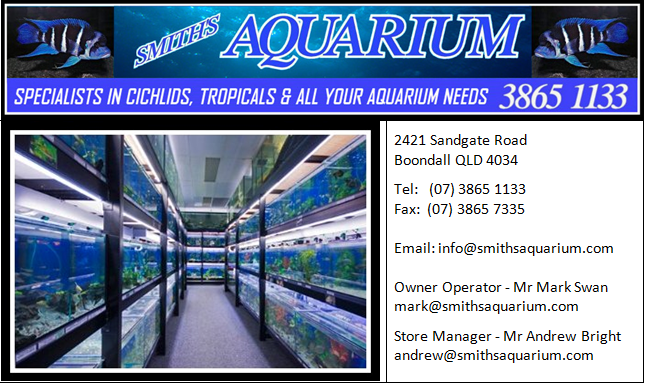 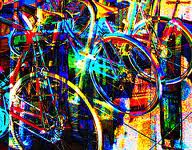 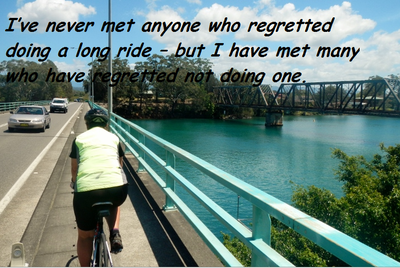