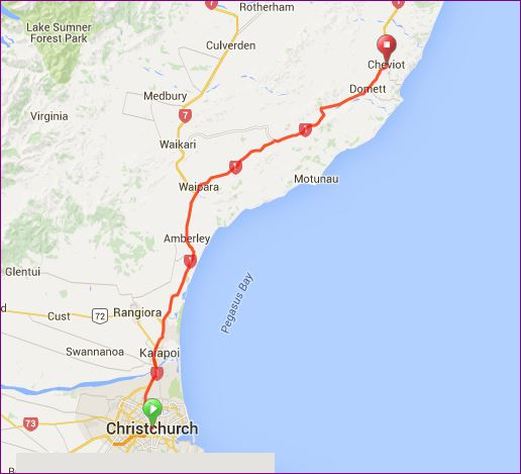 Feeling rejuvenated after a rest day, we will start with a nice easy 40 kms as we head north – which will be followed by 30 kms of climbing to a height of 250 metres! The latter half of the ride we will descend again but there will be some steeper undulating sections.

We will travel through many smaller towns such as Kaiapoi, Woodend, Waipara and Greta Valley before arriving for our nights stop at the small town of Cheviot.

Well rested, well fed, aching muscles well massaged and we were up and out on our bikes ready to head off at 8:00 am. Huge thanks to Tony and Jane Glentworth for such a fabulous stay in Christchurch - and their 7 year old daughter Samantha lined up at the gate fully kitted out and on her bike to ride down the footpath and see us off!!

We realised it was "rush hour" in Christchurch but we seemed little distance from a western by-pass of the city so made good progress to the outskirts of Christchurch. Again a motorway we were prevented from riding on - but a simple right hand turn saw us head through the Canterbury town of Kaiapoi before re-joining State Highway 1 a little further up the road.

While we had set off in gloomy, cold but dry weather, by the time we took our first stop for coffee at Amberley the day had become sunny, and if you were out of the breeze - it was pretty warm!

After Amberley and before we stopped for lunch just short of Greta Valley it was pretty tough going. Not an apparent hill as such, but a continual grind - our legs were telling us we were definitely climbing!

A roadside stop for a picnic lunch was necessary in the absence of little towns. We barely had our "sammies" made when a car pulled off beside us. Out jumped a lovely lady who, we learned, grew up n Rangiora but had lived the last 45 years in Vancouver, Canada. They had seen us progressing along the road at Pleasant Point a few days earlier - so just wanted to stop and see what we were actually doing! That gave us all a bit of a boost, and she donated to our charity coffers as well!

There was still climbing after lunch, but before too long, back to what I would call traditional NZ rolling countryside.

Once at Cheviot we located the Cheviot Motel and Holiday Park where Don, Annie and Margi spent the night in "The Jailhouse". It was a lovely quiet place to stay, and once we had all showered and changed out of our bike gear we sat in warm sunshine beside the pool where we ate the remainder of the bikkies and cheese supplied by Zonta Oamaru and enjoyed a beautiful bottle of Marlborough Sauvignon Blanc.

Well rested - we headed "downtown" to find a meal - the town appeared shut, deserted really, there was a lot of activity at the Bowling Club - but it appeared to be a private "barefoot bowls" competition. We needed bread for toast in the morning, and were only able to purchase a loaf of frozen bread from the local takeaway shop.

By now desperate for food - we tried the Cheviot Hotel - none of us had our hopes particularly high as we entered through the public bar - but what a wonderful surprise when we were directed to the dining room. There was quite a large crowd of people busily ordering meals - and then going into a private function room. We were later to discover that this was the monthly meeting of the Gideon Society ................. it seemed a little strange to me that this was held at the Hotel ........... I guess the Bowls Club was booked out! Throughout the evening we heard singing coming from the monthly meeting room - little did we know how some would stick in our heads the next day!!

We thoroughly enjoyed our meals, and returned to the camp well fed and watered, and ready to turn in. The sky was clear, the stars were out - but, man it was cold - bound to be a frost in the morning we all thought!

We had expected 113 kms today, but the final reading was 118 kms. We had got into our camp by 4:00 pm and felt the day had gone really well - but people had been saying all day - but tomorrow you have the Hundalees! We were all a bit apprehensive to say the least!! 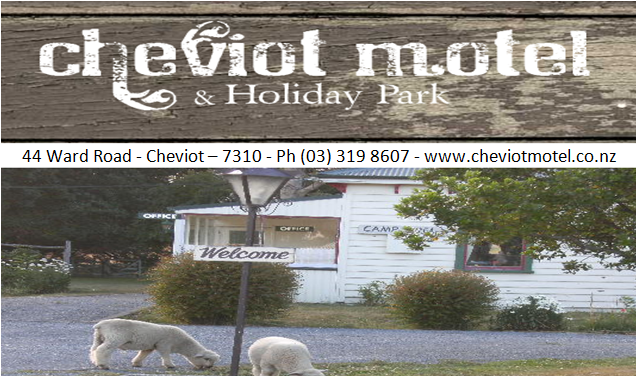