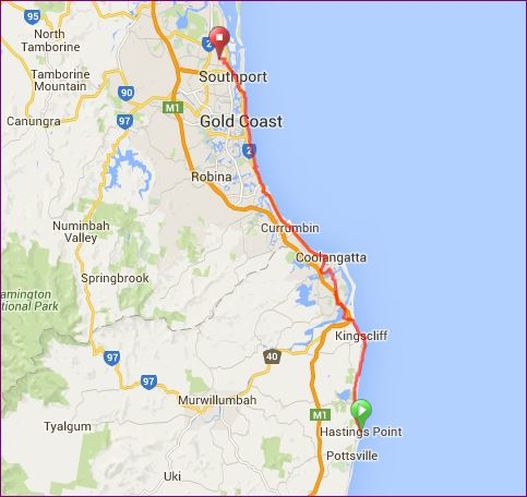 To experience a night in a "Surfari" tent at Hastings Point Holiday Park was great!! It was high tide when we went to bed, so the sound of the waves crashing in was what soothed me to sleep. By contrast in the morning the tide was out and all was quiet. Camp Manager Jeff and his wife Karen called over so we were able to thank them for a lovely stay – and get some good local advice about bike tracks in the area. Jeff also said that while the camp had been quiet that night – they are fully booked on weekends and with the pending Brisbane holiday on Friday it was going to be a big weekend for them!

We would be “gaining” an hour today as we cross from NSW to Queensland so we didn’t see the need for a really early departure and got away at 9:00 am. We soon moved from road onto bike paths which was good – not that there was a lot of traffic in this quiet coastal village. We took our advice a bit too literally and crossed the road to pick up the path – but discovered we were on a walking path. We did get some amazing views – but soon found we needed to carry our bikes down steps!

A few hundred metres north and we did pick up a beautiful cycle track that took us right through to Kingscliff where we met up with Pat outside the very large Kingscliff Bowls Club. An amazing amount of new development through this area with the Salt developments and many interesting things to see along the way – like – a dog obedience session in training – the marker pegs for Kingscliff parkrun, a cute little inlet bay where many were fishing, glimpses through the dunes of wonderful waves and surf etc etc.

A rendezvous with the Jucy again and we headed separate ways to use the bridge across the Tweed – again cycle lane signs seemed to disappear, and after doubling- back to get over the bridge we discovered that we were really close the first attempt!! We either hadn't seen the sign or there wasn't one which would have saved us some kms! After the bridge we were still permitted to ride on the freeway to where we branched off to head through South Tweed Head to Tweed Head and the coast. It has amazed me how much motorway type road we have been permitted to ride on in NSW. It is not too far north of here where Queensland starts – and cyclists have to be off that road completely! In the main we have enjoyed it, and with the many new stretches under construction, the fact that they are being built with these lovely wide shoulders and clear markings for cyclists at on and off ramps is excellent.

I had enjoyed finding and reading a NSW roads website which “grades” the roads cyclists can go on to different levels of riders. Ha!! The roads we had ridden on were marked for “experienced riders” – so I guess we are!!

Morning tea in Kirra – and light showers started on this cloudy day. The sky was certainly not bright blue and sunny – and while not so good for the holiday makers – it was great cycling weather for this time of the year. Again – we followed the bike-paths where possible – lost them, found them, lost them and found them again. Also came across a 2 way bike-lane along the side of a road. This was rather spooky at first, but seemed to work well in practice – although I do wonder if it could confuse drivers.

A rendezvous with the van was made at Pacific Fair – and then we set Australia Fair as our next meet up point, knowing it would be close to where we would stop for the night. Following a bike path along here was good, but again had little off/on parts that weren’t too clear. For fear of heading off northwards up the Spit – I turned a little bit too early and headed west to meet the Gold Coast Highway. We came across a lovely wide bike path on the eastern side of the road so stuck to that.

Our last rendezvous was the car-park out the front of Australia Fair which we got to in pretty good time. We then completed the final 4 kms to our airbnb home for the night with Jenny – who runs a swimming school – giving lessons in both her own pool, or by travelling to clients.

We were in pretty early in the afternoon – enjoyed a nice cup of coffee with Jenny and then set about planning the route we would use the next day. I was trying to build in meet-up points with the van in case of punctures, and to rehydrate and eat – but with trying to use bike paths this wasn’t going to be too easy.

Just as I was thinking Pat would be better to leave us around Ormeau area and head for Nundah/Northgate area up popped a message on facebook from great biking buddy Steve McCombe offering to come down in the morning to meet us – and “lead” us back through the city to his place. This was a fabulous offer and one I jumped at!!

We had a light meal that night of “left-overs” from the van – none of us felt like going out. We headed to bed reasonably early as we wanted to be on the road by 7:00 am the next morning. We were now in Queensland - and only 2 days of riding to go!! 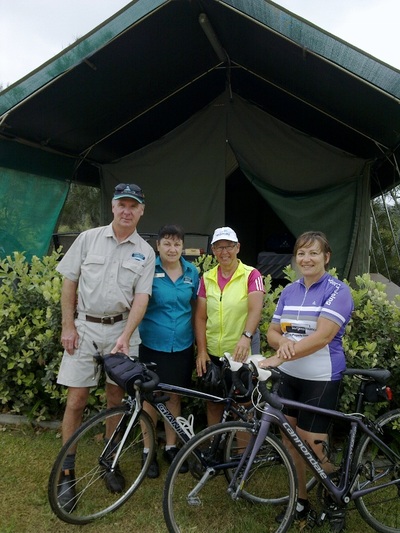 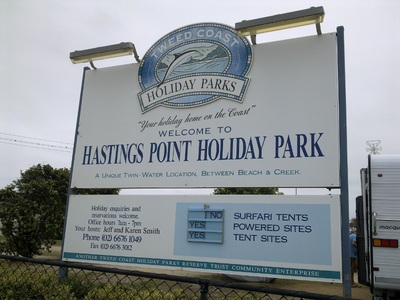 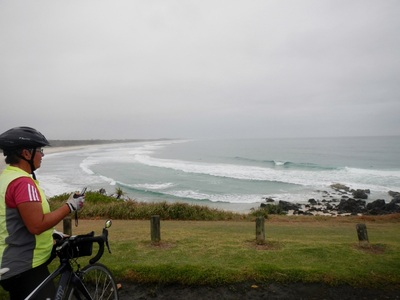 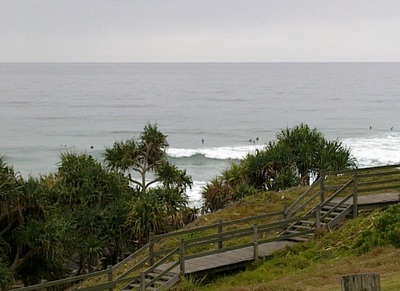 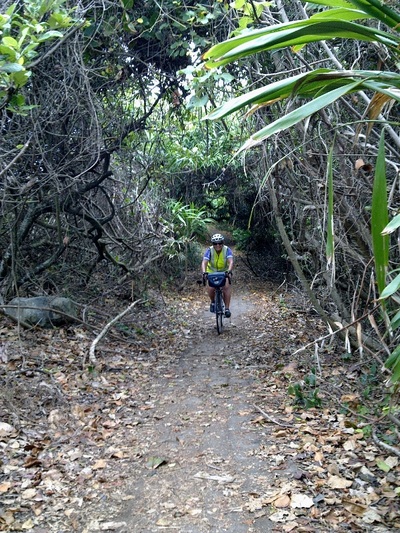 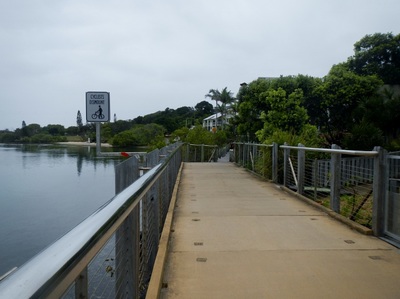 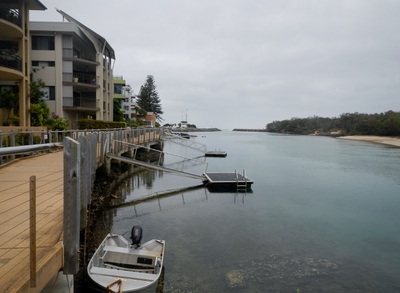 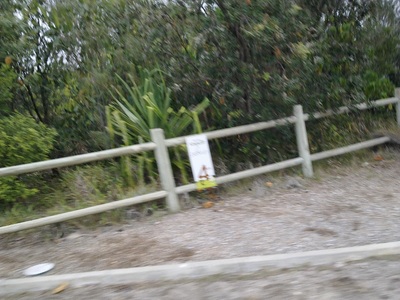 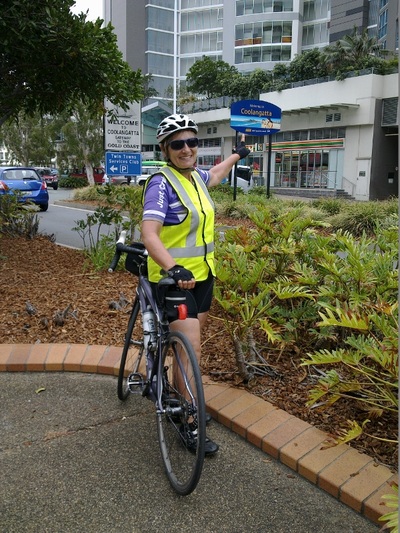 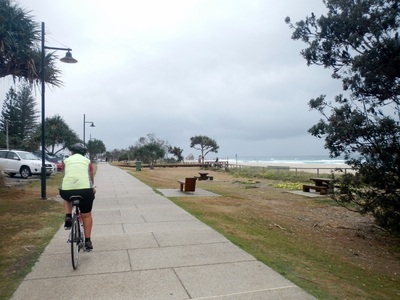 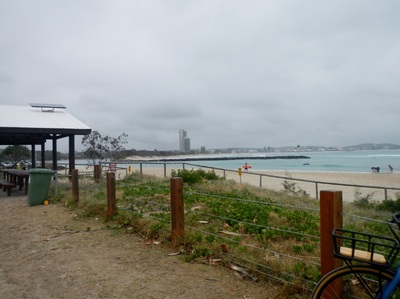 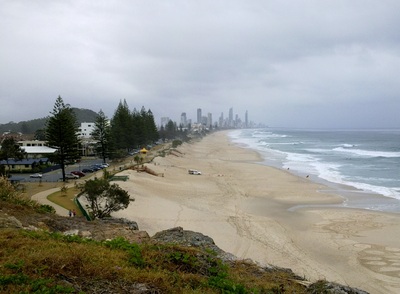 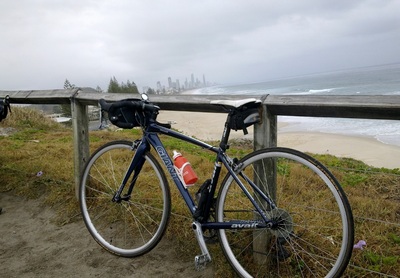 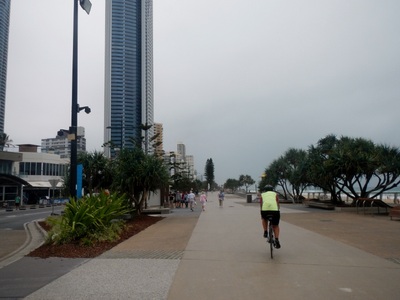 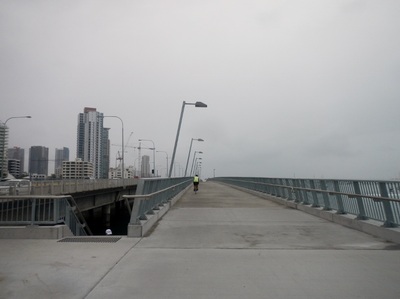 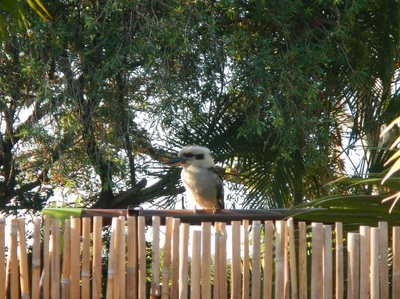 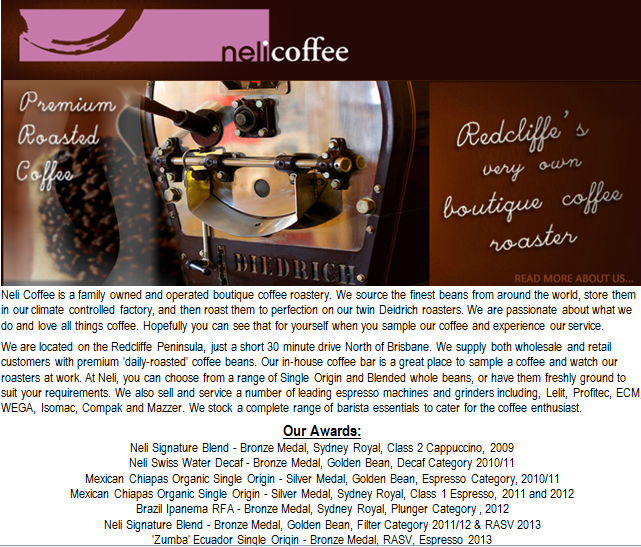 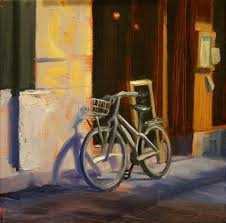 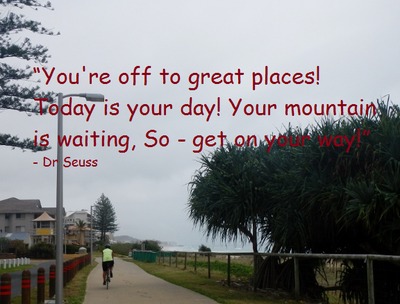