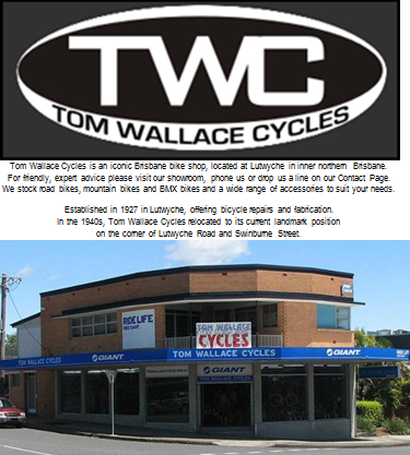 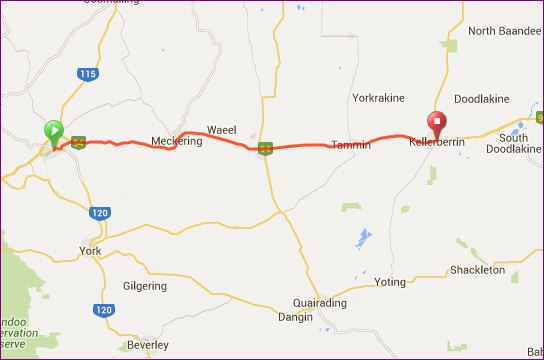 Hopefully the legs will be OK from yesterdays ride. They better be - there is more climbing today!!

For the next few days I will be riding through the Wheatbelt region of Western Australia.   Altogether, it has an area of 154,862 square kilometres (59,793 sq mi). The population is widely distributed, with only about 16,000 people living in the main towns of Northam, Narrogin, Merredin and Moora.

The climb looks steady today as I continue my journey along the Great Eastern Highway - National Highway 94. This highway mostly runs in parallel with the Mundaring to Kalgoorlie water pipeline, which pipes drinking water drawn from Mundaring Weir near Perth 600 km east to Kalgoorlie.

My biking day will end at Kellerberrin, where wheat and sheep farming and the manufacture of agricultural equipment are the main industries. Attractions here include a folk museum featuring local memorabilia and Kellerberrin Hill Lookout with its panoramic views of the area. The towns Centenary Park includes a heritage walkway, barbecues and a maze. Nearby attractions include Mt Stirling, Mt Caroline and Kokerbin Rock.

Not as hilly today as the elevation graph seemed to indicate, but the head winds played havoc with my average speed. Amazing travelling along beside the pipeline, what an incredible piece of design and engineering - to think it was done so long ago - and this sort of thing seemed to be "too hard" when Queensland had a water crisis a few years ago!!

Lovely land to bike through really, pretty dry, but obviously very productive grain fields if the number of HUGE silos are anything to go by.

Early lunch at Meckering, - seemed a poignant thing to do and remember all the "shakes" in New Zealand and Japan at the moment. There is a fault line through here where a 6.9 quake occurred many years ago. The rose gardens commemorating this are beautiful in such a dry part of the world!

Guess what - the camping ground here was at the Kellerberrin Trotting track - but I miss their meeting by 2 days.
You never have the wind with you - either it is against you or you're having a good day.
Daniel Behrman - The Man Who Loved Bicycles