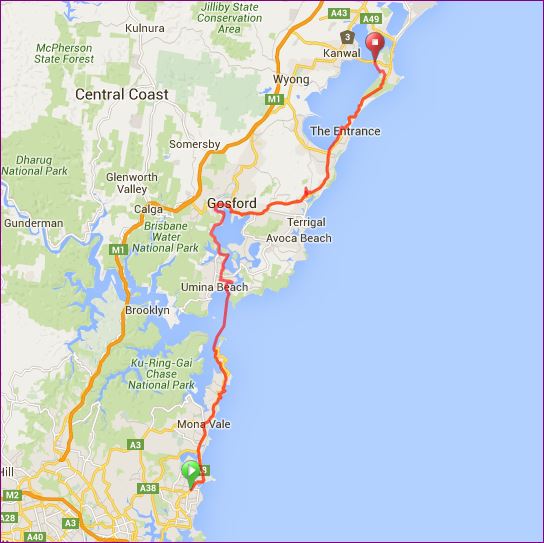 I awoke early and went on the net to check messages and post the route for the day on our facebook page. As soon as my sister saw I was “awake” she rang. I had already sensed it was likely to be bad news – and thought perhaps mum had taken ill, or had a fall – but I was totally taken by surprise to learn she had passed away. I know it is something that happens to everyone, and I know I am lucky to have had a mum around until I was 61 years of age, but the suddenness, and just the fact that she was now gone, shocked, and brought an overwhelming sadness.

My first reaction was that my ride should end and I needed to head back to her home in Whangarei, New Zealand. However, speaking it through with my sister we agreed that mum would never want her children to stop following dreams and would want me to continue. My niece was in a similar position – about to commence a hockey tournament representing New Zealand playing against India – the game must go on!!!

Of course at a time like this a million things go through one’s head. I found a lot of comfort that mum was in her 92nd year, she had lived at home alone since Dad passed two years earlier, had enjoyed good health, had been bright and alert mentally, and then died absolutely peacefully in her sleep. Honestly – if I could script my end – it is what I would write!!  It was also very typically mum – never bother anyone, no fuss.

After some private time with my thoughts, I fronted up to face the day. I decided against saying anything to our hosts, and was unsure when to tell Don and Annie. In an email I let a “Noonan” relative, Lesley Egen, know. She is a  wonderful supporter of this trip – and if it hadn’t been for her delving into family tree matters, along with another “relly” Pam Williams, I would never have known all the new “whanau” I have recently met.

Today I was also nervous about – firstly we had to ride the Northern Beaches area of Sydney and catch a ferry from Palm Beach to Ettalong. Don had decided that after yesterday’s cramp, he would try to ride up to the ferry and then decide whether he would continue or hop in the van. By 7:00 am we had enjoyed a delicious breakfast with John and Luca (Annie had left for work) and headed on our way. It was a beautiful morning and the many beaches along that stretch of road were stunning. First planned stop was Newport – so that we could complete Newport to Newport after abandoning the Clontarf section yesterday. It was sad that there was no sign for each suburb in that area – so when we saw the Newport SLC – we decided that would be the picture spot!!

Upon continuing out of the NSLC car-park it was discovered that Don had the first puncture of the trip. Wasn’t too long before the tube was replaced and we continued our journey. I had only been on this road once previously and it was in a bus! I recalled many hills – but I have to say – they rode very well – and right on 9:00 am we were near the ferry terminal. I had thought we would catch the 10:30 ferry. With watches saying a couple of mins after 9:00 we pulled up to the ferry departure point to see it had just left ………………then ……………… how good was Captain Jordan - he came back to the wharf and got us!!!! I was gob-smacked – this was brilliant ....... perhaps mum got in his ear!!

It was a beautiful ferry trip, stunning in fact! I took the opportunity to tell Annie of the news I had received that morning. How good to be with wonderful, supportive people at a time like this. Meanwhile the Noonan family network had been working overtime and Lesley had informed Brian and Pam about my mum's passing, and that we were on an earlier ferry than originally planned. Once landed we biked 8 kms to the town of Woy Woy. I don’t believe I have been there before – but what a super area, and beautiful biking!! I rang through to organize a “meet-up” point and Pam told me there was a bike path all the way from Woy Woy to Gosford. We found this easily, and followed it all the way (one minor easily corrected wrong turn) and of course we were there at morning tea time instead of lunch time!! As we arrived in East Gosford Pat messaged to say she had made it to Erina which was our pre-arranged meeting spot. While we had enjoyed a lovely ferry trip and a truly beautiful bike ride from the ferry to Gosford, Pat had covered about 100 kms by car!! In minutes we were altogether and I was so chuffed that this part of the trip had gone so smoothly and we were ahead of schedule.

We had morning tea in a lovely park where buildings housed the East Gosford Arts Centre. A beautifully maintained, very pretty area, extremely tranquil and a nice place for a break. I couldn’t believe how well the morning had gone – mum must have organized it for me!!

But there was still about 50 kms to go through unknown territory, so after drinks, food and a "catch-up" we were on the bikes again. Brian – you were speaking as a car driver - it wasn’t “flat with one hill” to Toukley on a bike!!!! But with good bike lanes, and through seaside and National Park areas it was a lovely ride.

Reaching Canton Beach Holiday Park and being given a great cabin overlooking the lake was fantastic. We were pinching ourselves at how well the day had gone – particularly compared to the previous day!! Annie, Pat and Don went shopping whilst I stayed at the camp – what a day - you certainly looked after us today mum!!

The others returned with shopping, and in no time Annie and Don had whipped up a barbecue and salad meal and with a magnificent sunset over the lake, we had a glass of wine and toasted mum’s life. A sad day indeed, but a wonderful day that let me reflect on how she had shaped my life and me as a person. 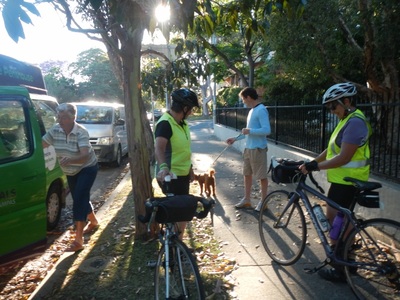 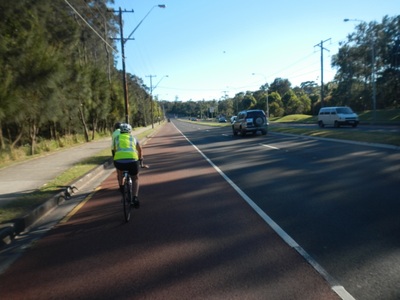 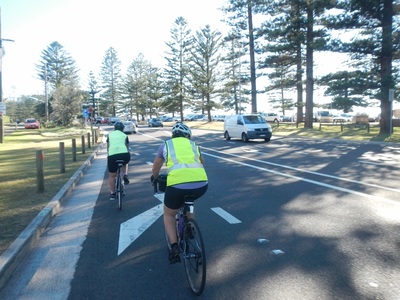 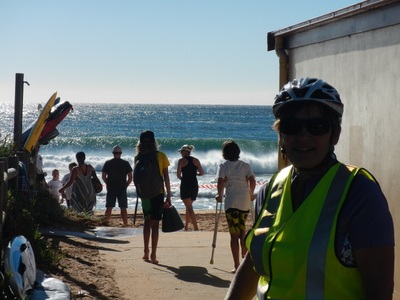 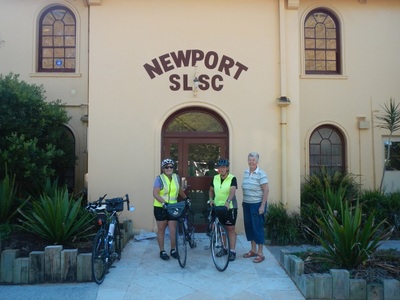 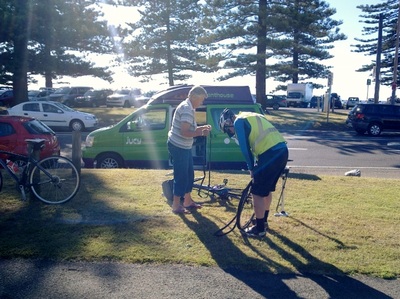 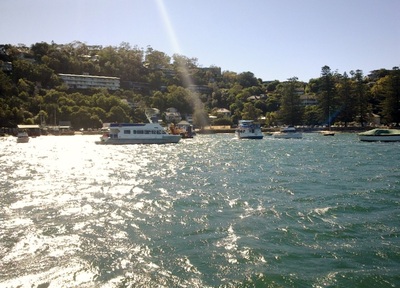 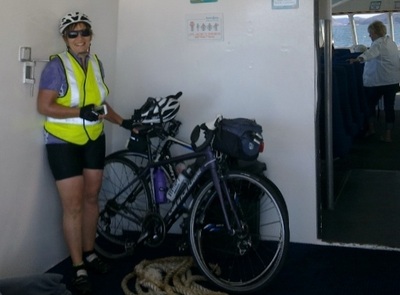 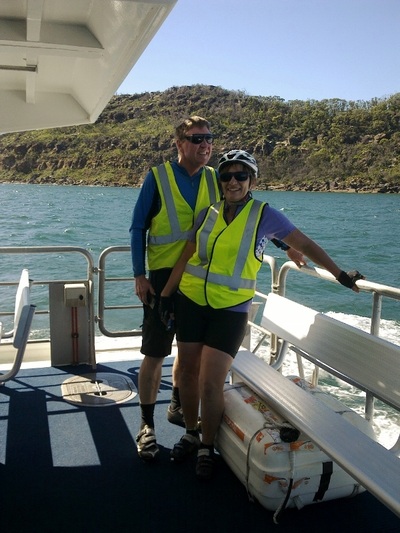 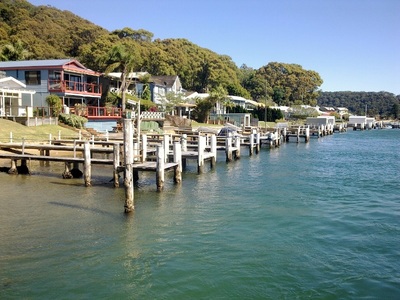 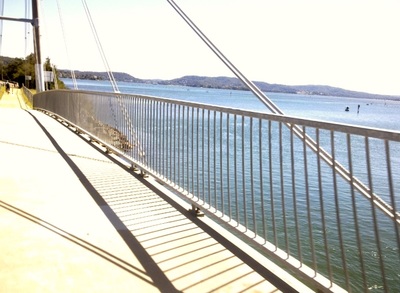 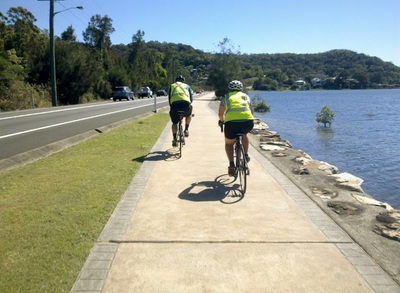 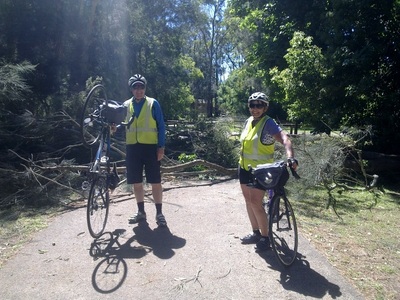 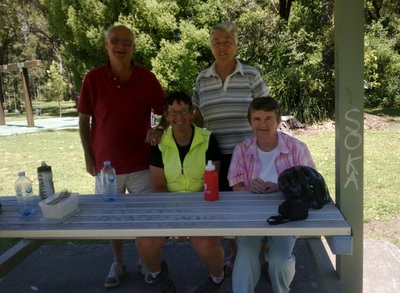 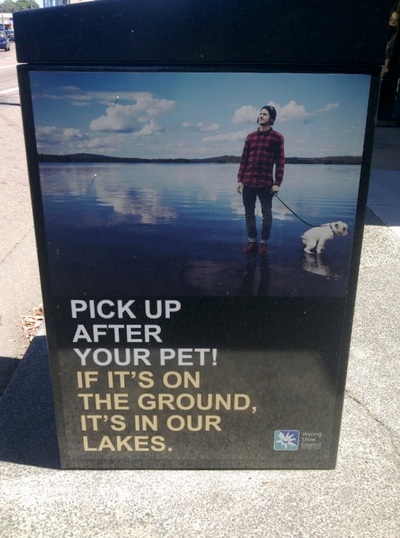 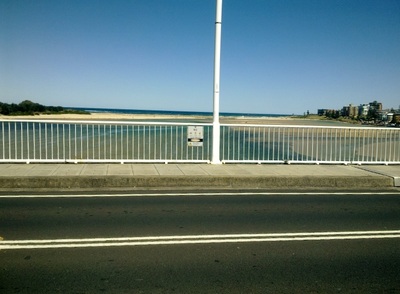 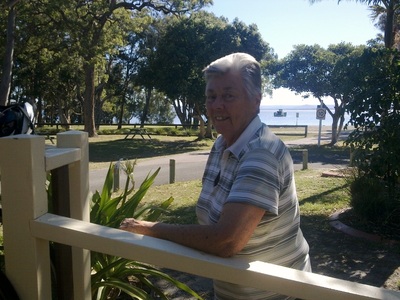 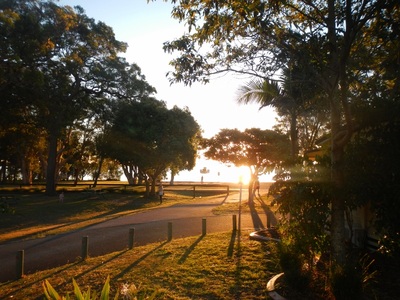 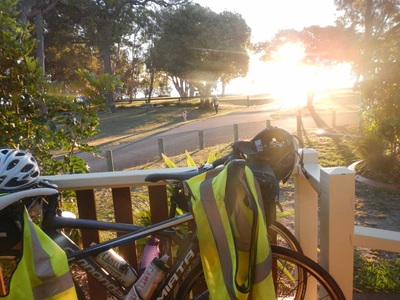 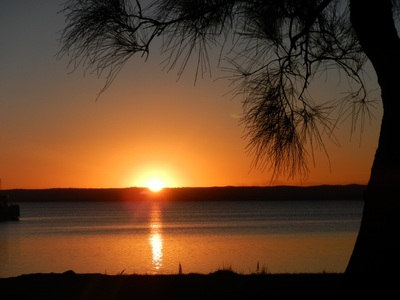 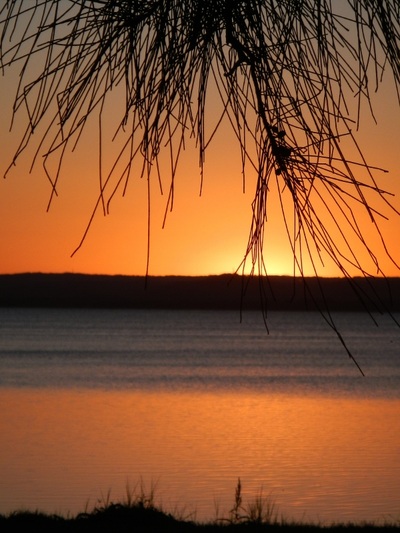 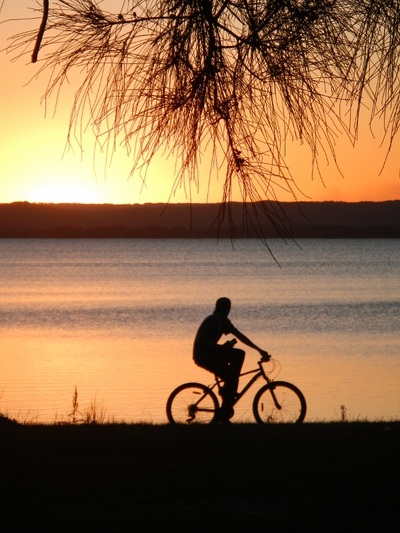 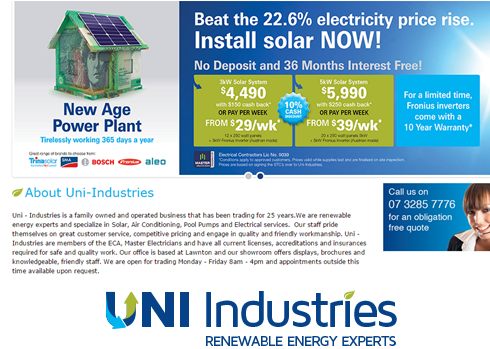 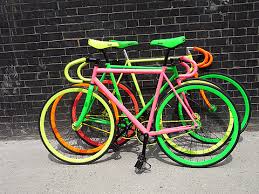 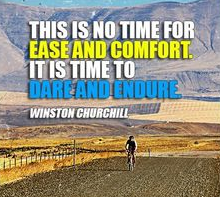