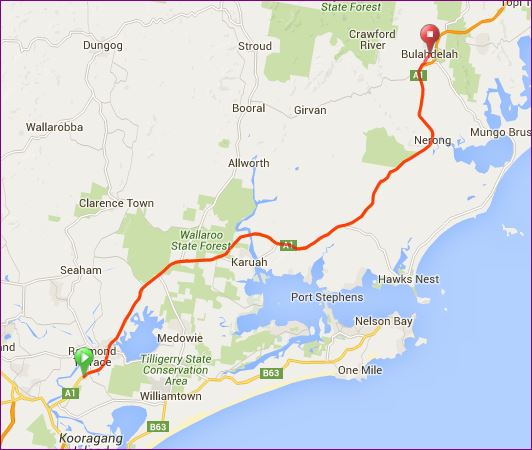 Melbourne Cup Day!! All going well we will be watching this in Bulahdelah - couldn't help but reminisce to the time we watched while cycling the length of New Zealand in Christchurch - two years ago!

We really have met one of those “characters” that you do through life in “Ramay” – and we could not leave the camp without getting many pictures taken with him at the front gate. The generosity of his hospitality, and the sharing of his philosophies will be one of the lasting memories of the trip.

We were on the road by 7:45 am and our on-line research showed we were in for a cooler day, but unfortunately would be battling head winds. These were predicted to get stronger as the day went by, which is why we headed off at this hour despite only having about 75 kms to go.

The Pacific Highway here is a concrete road, and as such has great shoulders for cyclists!! The traffic started off heavy but lessened the further we went. The road was quite deceptive and one can understand why motorists can say it is flat!! In fact there were several long slow climbs that coupled with the winds were very taxing!

At one stage there were signs warning of strong cross-winds and for high vehicles to beware - the wind sock was blowing directly into our faces!!

After 2 hours on the bike we stopped at “The Rock” for morning coffee and energy food. Pat had messaged us she was stopped at a rock on the side of the road and while I had seen this place on my way down in the car I didn’t picture where we were in relation to it and until we came on it rather suddenly, it dawned on me where the hell she was!

We arrived in Bulahdelah around 12:30 and they have a very attractive area alongside the Myall River. My sister had advised me that mum was being cremated at the NZ equivalent to this time, so I quietly sat on the river bank and reflected. We will be holding a family gathering later.

Of course being Melbourne Cup day we had to find somewhere to watch the race that stops the nation and somewhere to have a bet. Mum used to always say we were mugs betting – and she was right in my case – no luck. I had put a dollar each way on Sign Off and Au Revoir – picked on name only. Actually Sign Off ran a good 4th.

The Bulahdelah Hotel must have been pretty annoyed that their betting terminal had broken down on this of all days, and we all had to use (and most of us didn’t know how to) some automated machine. Their person did help us, but it was slow going to get a bet on.

Our stay for the night was at the Bulahdelah Van Park where owner Gary, was a cheerful, hospitable guy who hasn’t been there long. He said it was pretty run down when they took it on, but he is certainly doing a lot and it will be a super place if he continues at the same rate he has so far! He hosts a larger bike ride that goes through each year – so he is very cyclist friendly!!

We had a lovely cabin here – and again Don and Pat cooked us up a meal of steak and sausages accompanied by super Annie made salads. 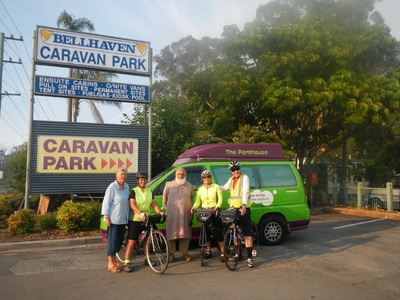 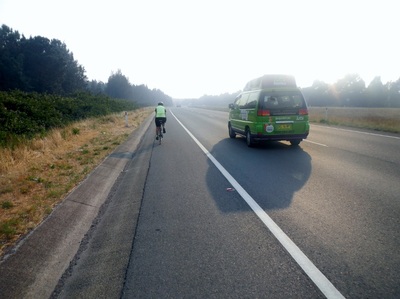 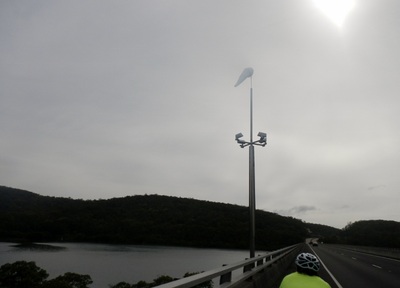 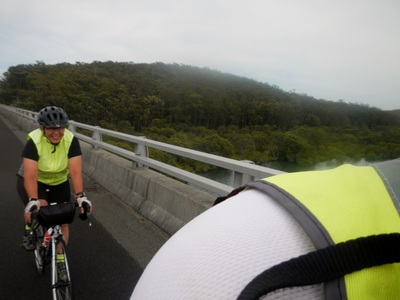 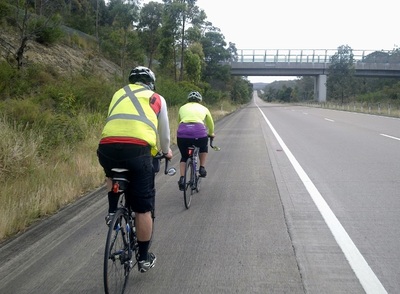 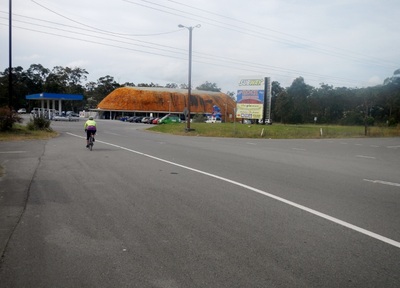 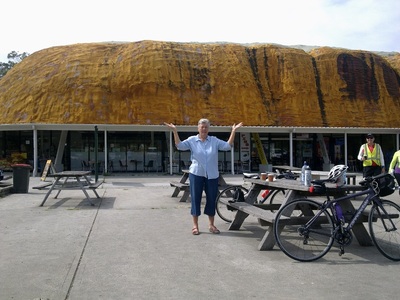 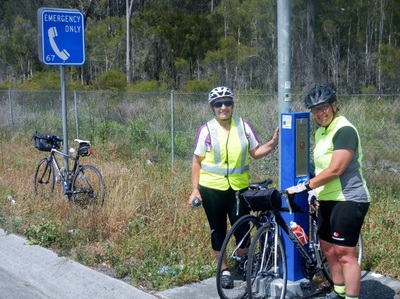 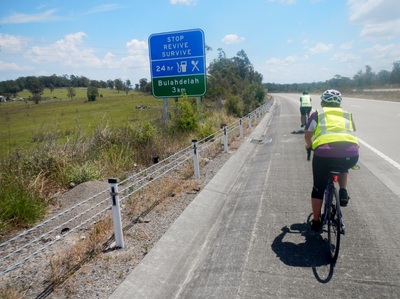 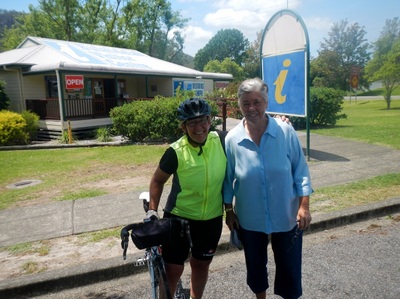 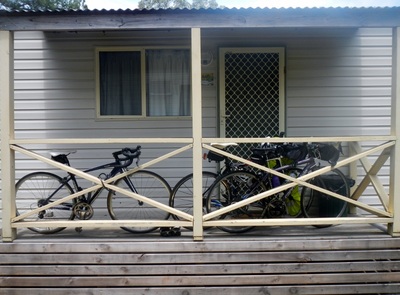 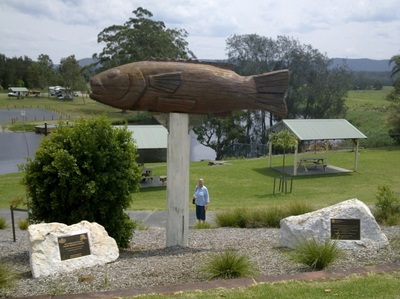 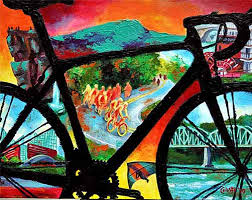 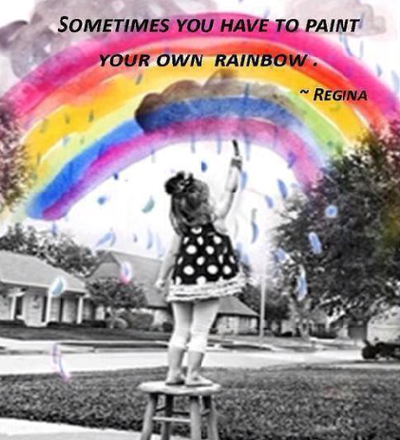