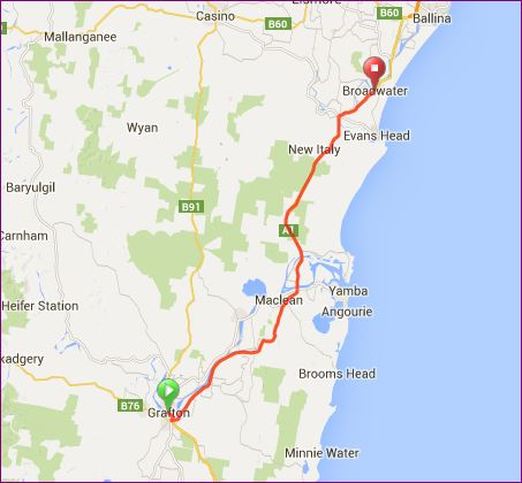 A longer distance today, which always makes us think it is going to be a tough day!!! Elevation profile looks pretty good for the first 40 k’s then a bit of a bump with a few more k’s of good going until we hit a bit more of the up and down stuff for a time before ending the day with some flatter roads.

It is surprising how accurate these elevation thingies are. It is also surprising how the whole journey can appear flat if you were driving a car – but biking it you feel (well I do anyway) the extra effort required over uphill sections – and because of the northerly winds – the very sad state of affairs when we have to pedal down the darn hills!!

My real worry though was that the road has narrowed through this section and there are considerable distances of “ordinary” road – a single lane in each direction. Looking from the car on the way down, it also looked like the shoulder wasn’t great – even though we are always vigilant – today we will need to be extra vigilant!!

Cousin David had also said that his group of riders never go on this stretch of road as it is just too dangerous! So in that respect, I was rather nervous – but perhaps these warnings were just to make us be very wary of our surroundings!!

I don’t think any of us slept particularly well last night, and understandable that Annie was concerned about Russell driving Don home – it was a pretty big effort from north of Caboolture to Grafton and back!

The thing we did have to look forward to was the wind was supposed to turn Southerly – and – while it wasn’t a strong wind – it was behind us for a fair chunk of the day!! Taking into account all the potential hazards on this days riding we took the opportunity to use the “Caution Cyclists” sign that I had brought and installed it in the back of the van. Pat would stop roadside behind us in a safe but visible position and move forward 5 kms at a time. We hoped that some of the motorists would see the sign and keep an eye out for us!!

I felt Annie and I worked really well together and would change leading every 10 kms if the going was good. Yes, the shoulder was poor, and yes we had to keep well left for the traffic – for me the scariest part was when  a car overtook another heading south, and to see a car hurtling towards you (well close towards you) was a wee bit unnerving.

But overall, I guess the sign may have worked as we had no close calls.

I just need to digress here a bit and say that after a week on the M1 / A1 road, we were starting to notice what seemed to be “regulars”. And like most things – you notice the best and the worst – and not a lot of the in between. From my observations I have to give a big THANK YOU to the Scott’s Refrigerated Trucks. I don’t know if it was the same truck driver who had been passing us every morning – or different ones – but every time a Scott’s truck passed us from behind they slowed, pulled out wider, and then pulled back across once clear of us. We are all too quick to generalise about “truckies” – but these guys were great!! In light of what I am riding for – educating young cyclists so that there can be better harmony between all road users – it was only right that I took the time to pen a note to Scott’s and congratulate their drivers.

We always noticed the Australia Post trucks at about the same time each morning (well getting progressively later as we travelled further north) and several other unlabelled big red trucks that went through around the same time. There were no issues with these trucks either – but they were not quite as generous as the Scott’s trucks.

It didn’t seem too long before we had to cross the monstrous body of the Clarence River. The bridges over  all these northern NSW rivers are just one lane each way – and with trucks travelling in both directions anyone would be foolish to try riding across them! The thing we found very strange was that it was most unwelcoming for cyclists to use the footpaths on the bridges. In most cases we had to lift our bikes over the guard rail – and then walk up through tall, overgrown weeds until the bridge itself. Same at the other end to get off the bridge and back on the road.

Road-signs indicated that “Rest Areas” were becoming more frequent – and when we saw one that said coffee available – we knew it was coffee time!! The cutest little "Milk Carton Café" sat there and we ordered coffee and yummy home made vanilla and chocolate slice from the young French girl running the “trailer” based “shop”. We wanted to hitch it on to Jucy and take it with us!!

Time to move on and we thought we would make Woodburn for lunch It is a lovely riverside town and we did make it at 12 noon NSW time. As my watch was still on Queensland time, and as it was Remembrance Day – we paused at 11:00 am on the 11th November beside the Woodburn RSL monument and the beautiful red poppies to remember.

We abandoned thoughts of lunch as we were still feeling full from the yummies we had at the Milk Carton Café earlier in the day. After a rest, we headed the final 12 kms to our destination of Broadwater. Again this was a place I had never heard of – to me Broadwater was on the Gold Coast – but as I came to discover – it is home to a very large CSR Sugar Mill. I also learned via our facebook page that it is steam and not smoke that billows spectacularly from the tall chimneys!

It was wonderful to settle in to our accommodation early in the afternoon – what a difference the helpful tail wind has made – and we both felt the 107 kms of today had been a whole lot easier than the 55 kms previous day!!

We’ve battled our fair share of head-winds this trip – so when they are tail ones – we’ll take them!!!


You will probably notice a few less photo's from now to the end of the trip - the most prolific photographer of us all, Don,  has left!!!! 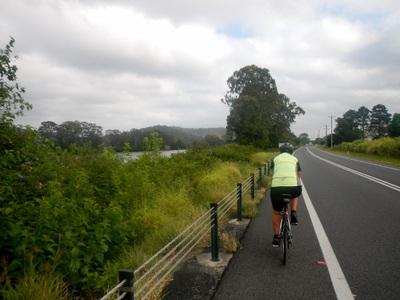 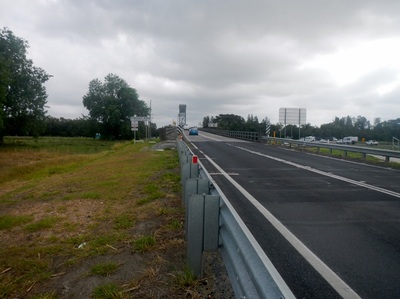 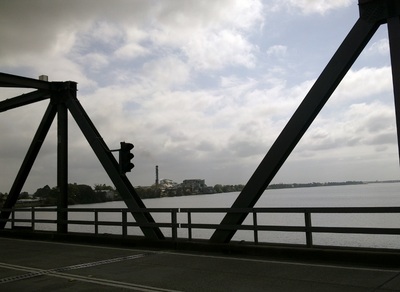 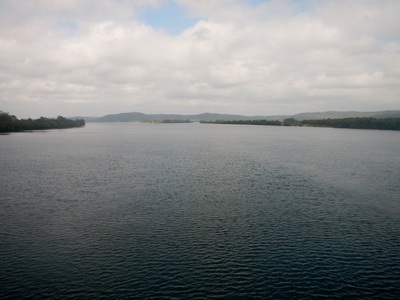 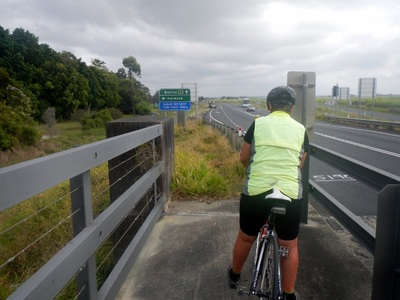 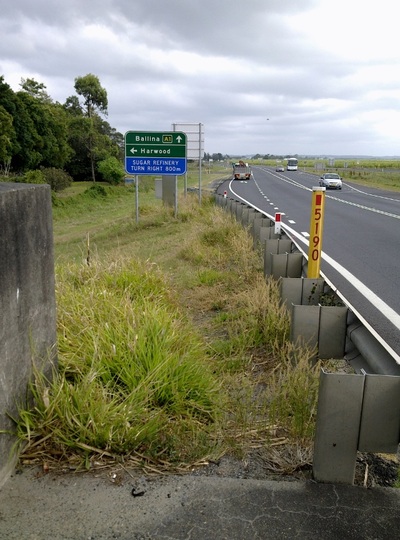 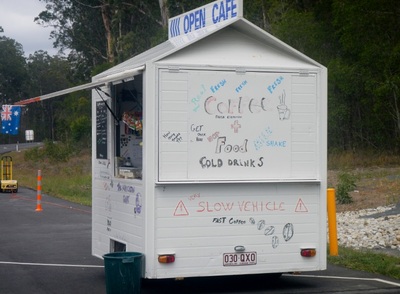 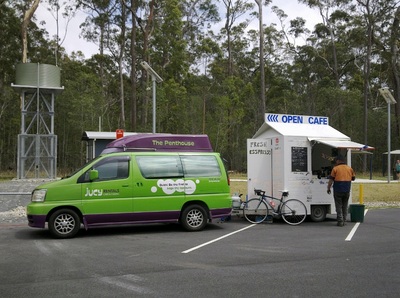 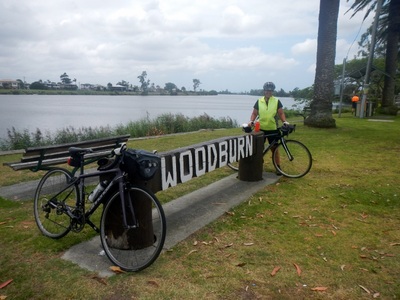 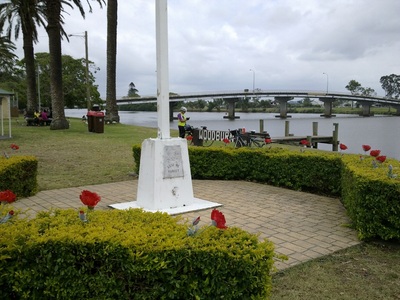 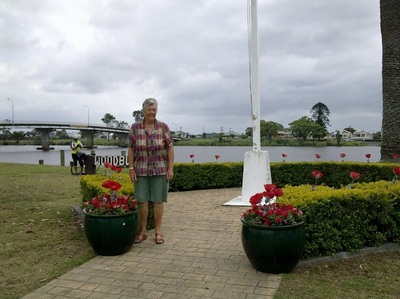 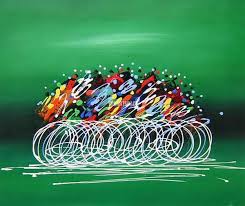 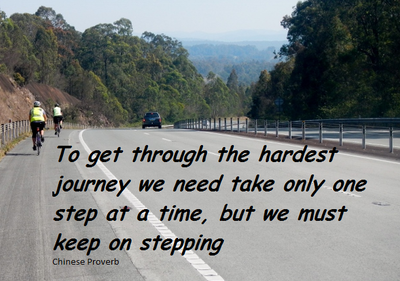